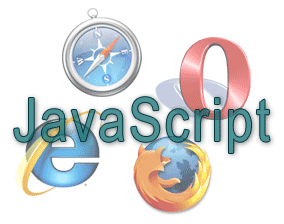 Note: If you just get started with JavaScript, check out the collection of best free resources to learn JavaScript.

The tip is simple, just remember that in JavaScript a function is also an object. An object, of course, can have its own methods and properties. So, why don’t we store our function variables as object’s properties? Let’s see an example:

The staticVar in this example is defined outside function body, so its value isn’t destroyed when function call finished. If we call function foo() again, it still alerts ‘some value’.

As we see, each function call will increase the count number to 1, and store it into count.num. In this case, count.num plays role of static variables as in other programming languages.

Hope this small tip can help you work with static variables in JavaScript and if you have a better approach, please let me know in the comments.

Techno Tip: Did you know that software developers stay 24*7 productive by moving their software development and testing environment into the cloud with virtual PCs by CloudDesktopOnline. If you prefer a server, Rent a server at affordable prices from one the best DaaS providers – Apps4Rent.

5 thoughts on “Create And Use Static Variables In JavaScript”